What a better way to end the Thanksgiving weekend and kick off the holidays then with a visit to Santa Land at Macy's!!! Macy's Santa Land is truly an amazing experience that everyone who Believes in Santa or doesn't, should experience at least once in their lives.  Which is why I am so thankful that Macy's and Autism Speaks allowed us to experience it. 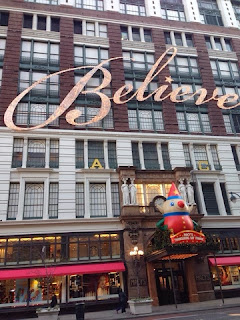 See my son Donovan my Donomite is Autistic, he was diagnosed when he was just about 2 years old. 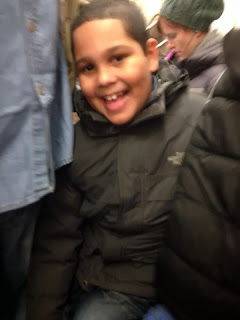 Because of his sensory issues, Going out or attending certain events and activities can be very overwhelming for him. He tends to have a meltdown and demand to go home when places are too crowded, or too noisy. 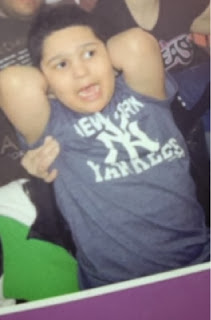 Then there are the occasional stares and looks of judgement or disgust when Donovan squeals, flaps his arm or hits himself. Especially when he is having a meltdown. This opportunity to meet Santa before the store opened was perfect.

We prepped Donovan the night before and let him know that we would be visiting Santa, and his face lit up and he said "yay, were gonna see Santa!" He rushed to let his siblings know.

That morning Donovan woke up right away and was ready to go.  Dressing him was much easier than regular days!  He kept asking "Are we gonna see Santa will he have Presents?" Hearing him say this, even if he was repeating it over and over, was music to my ears! He was talking in context and it was full sentences!

Donovan loves trains, so we chose to take the subway downtown. 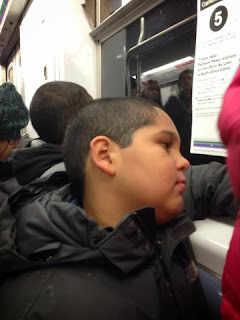 I loved watching how focused and excited he was! Looking out the train car window absorbing it all!  He even sat a while and let his big sister rest on him. 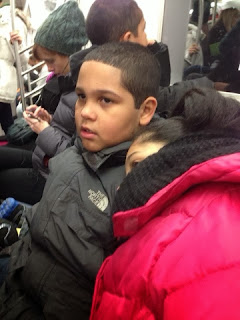 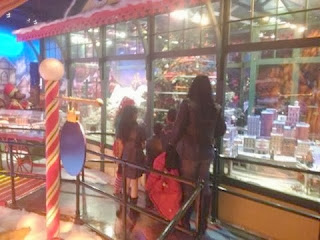 Our elf escort, took us through Santa Land.  She was a great tour guide.  It was great to watch Donovan walk the along side our elf escort to lead the way. 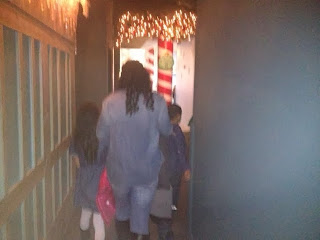 Donovan fell in love with all the train sets in Santa Land, and asked if he could take them home! 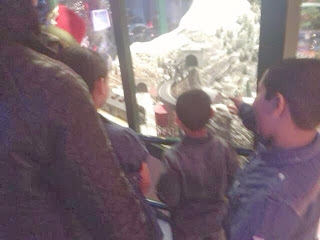 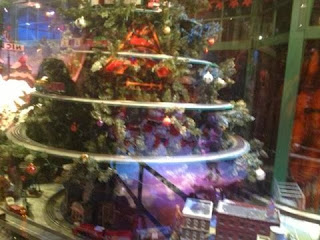 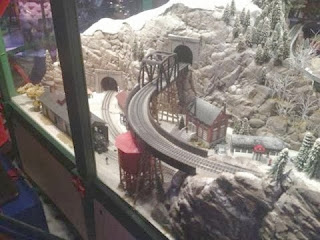 We were able to take our time and take as many pictures as we wanted! 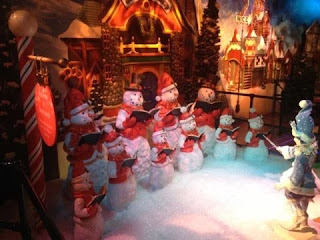 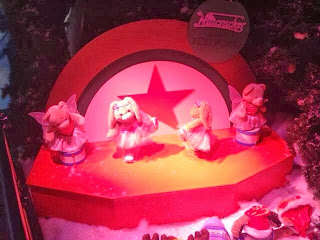 When we finally made it to Santa's room Donovan went right in, and walked right up to Santa. He seemed very comfortable.  This made me very happy.  I was fearful he may say "can we go home now" but instead he sat by Santa and even answered when Santa asked "what would you like for Christmas?" My Donomite responded with "TRAINS".  It was all set up perfectly and Santa was great! 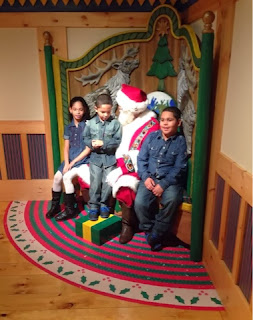 He was welcoming and friendly. He gave each child attention and allowed us to take a family picture as well!  But best of all, I knew Dono was okay, because he was all smiles and he wasn't holding onto his ears.  We got a beautiful family photo which is rare thing. 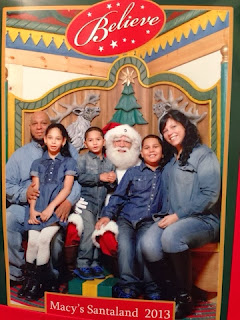 Usually there is always one of us missing or we end up with photos like this. 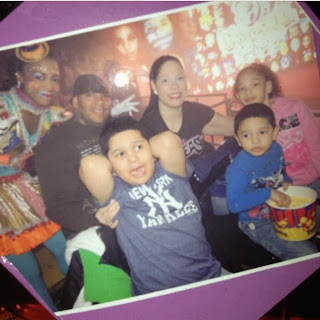 After we met with Santa we were escorted out and each child was given a little gift.  I was filled with so much joy and happiness.  I had a permanent smile on my face.  I think some of Santa's jolly rubbed off on me!  As soon as we got home, I pulled out my Holiday decorations and began to decorate! 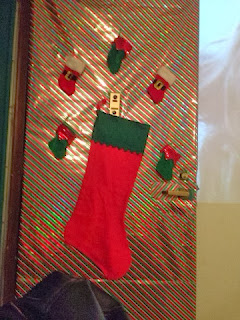 Thanks again to Autism Speaks and Macy's for allowing our family and the many other families to feel comfortable and make some amazing memories that will always stay with us in our thoughts and in our pics! 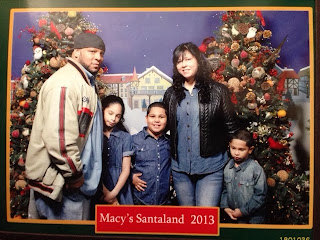 Happy Holidays from all of is to all of you!

Posted by aboogiedownchicksworld at 8:47 AM